After playing the role of baraati in a big fat Indian wedding in Indore and Bhopal, we took a detour to the most exquisite site of Madhya Pradesh to play the part we both love- Photographers. The destination was Khajuraho and the main attraction was the Khajuraho Dance Festival. The yearly event which runs for a week is a celebration of varied Indian dance forms, art and culture. Our two-day visit was a soul satisfying experience. The Department of Culture and Tourism under the MP Govt. has been organizing the Dance Festival (Feb 20th to 26th 2014) for the last 40 years in an effort to conserve and promote Indian classical and folk dances. The world famous temples dedicated to Shiva, Vishnu and Jain patriarchs known for their intricate architecture and beautiful sculptures have been creatively and consciously used as the backdrop to this festival. This visually captivating site is a major attraction to art connoisseurs from around the world. Once in the premises, one can soak in as much about the Indian arts and crafts, their origin, and the present stature. Even today when we go through our travel memorabilia, Khajuraho visit holds a special place in our memories.

Amidst clicking, we were lucky to have met Mr. Rahul Rastogi and Mr. Chinmay, the active and creative members of the organizing committee who have been working for the past years to place this event on a global level. They informed us about the various additions that have been included in the festival and so we followed their lead.

Art Mart an effort by Mr. Anil Gaekwad, was an exhibit of a gamut of paintings, sculptures, graphics and photographs by award winning contemporary artists from all over India.

Hunar (meaning talent) was where we met artisans working on hand-looms, who fabricated cloth materials, saris and other intricate textiles using fibers. The other artisans used materials like clay, wood, canvas and metal to create handicrafts, paintings and art pieces. For a moment we were the curious kids in Charlie’s Chocolate Factory carefully assessing all the ingredients that goes about to create one delectable piece of art! We captured the tedious efforts that involve selecting the material to creating the defined piece that we so unabashedly bargain for when they are kept for display in stores or malls. And in that very moment of quick realization, guilt swept in silently. Brushing the feeling aside, we kept the typical ‘bhaav tol’ (bargain) instinct at its level low and bought a few pieces that are adorning our home today.  It was such a riveting sight of the Indian art that we simply saluted the real hunar.

Nepathya – The splendor of the festival grew with each step that we took forward. Nepathya or the Odissi Spectacle proved true to its name. On one side, the tribal dancers moved along with the folk tunes played by the live musicians and on the other, we explored the local musical instruments, costumes, make up, jewelry, fabrics and other paraphernalia that have contributed to  bring the Odissi dance in its present form.

Every year a distinct dance form is selected and well-researched by the organizers. The entire story is executed that encapsulates the cultural and regional influences from the origin to its present form. 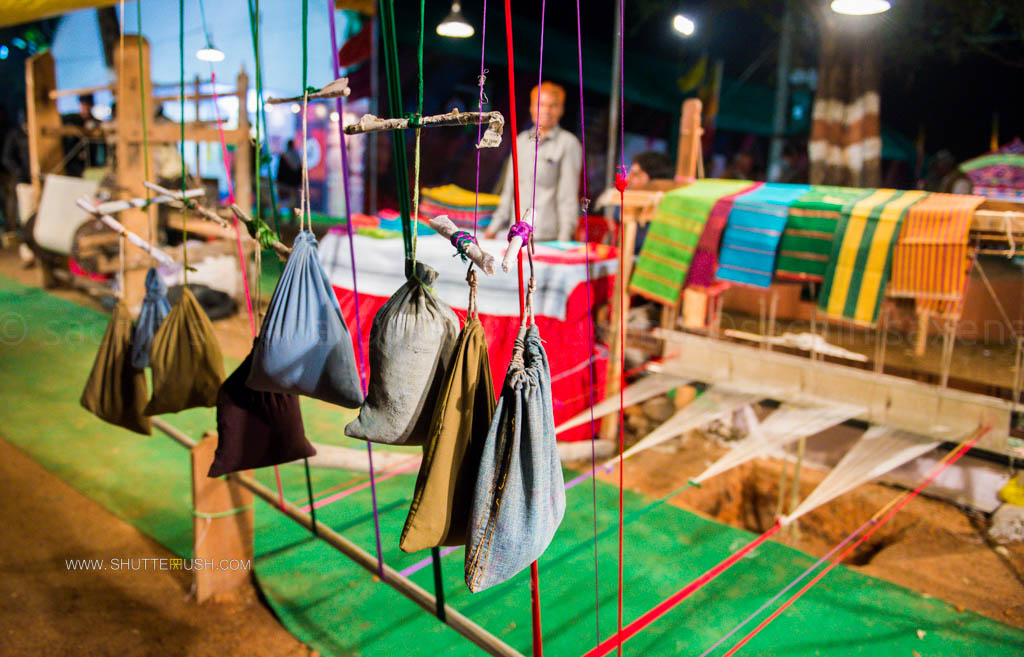 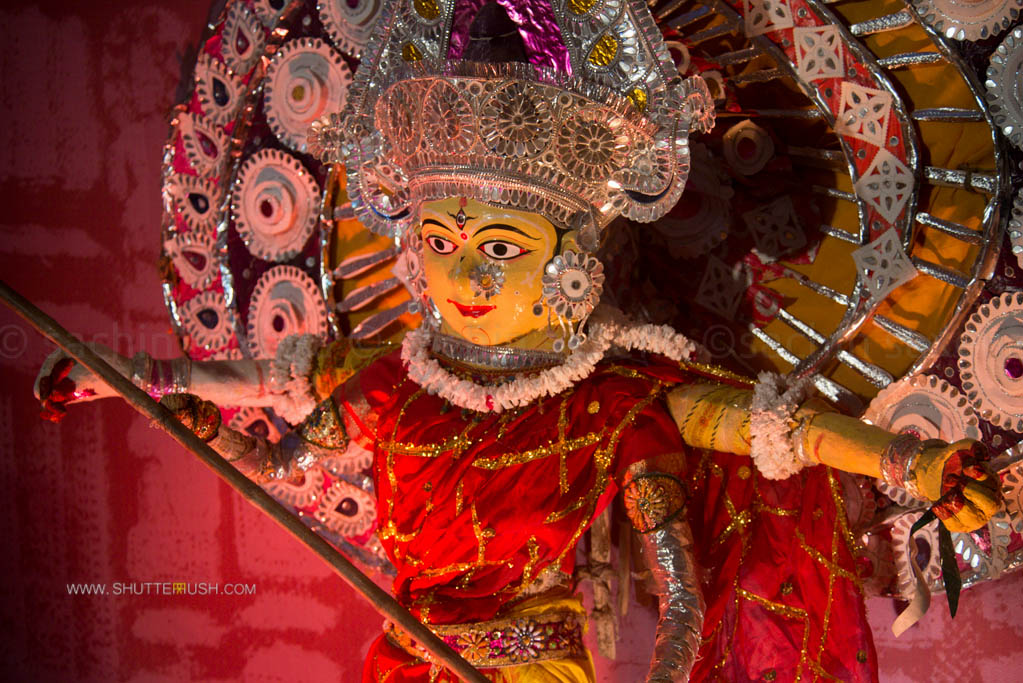 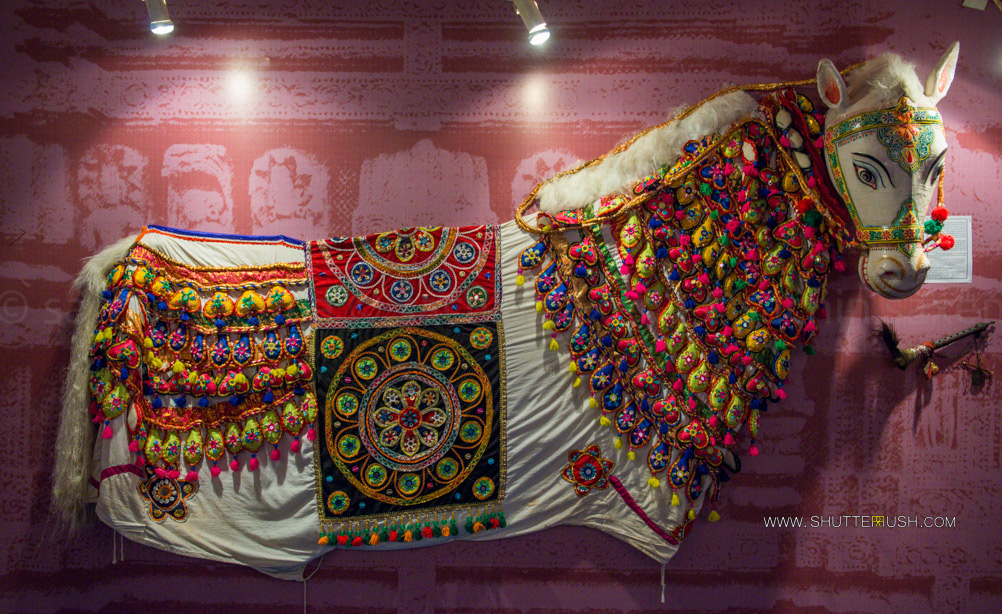 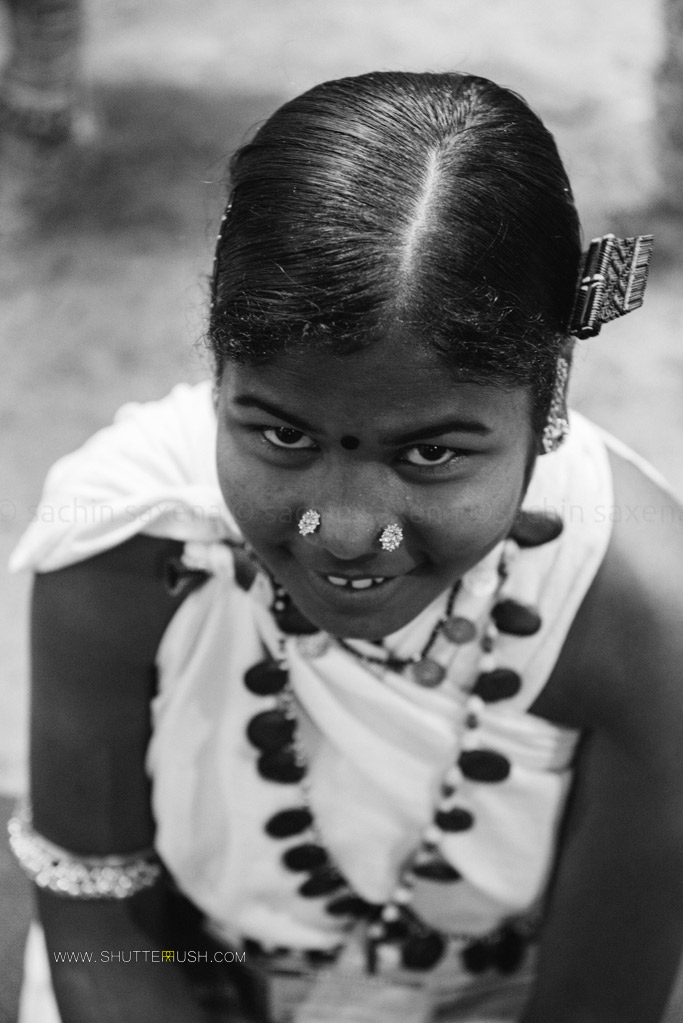 Tribal Women adorning tribal jewelry and costume were present as part of the exhibit. 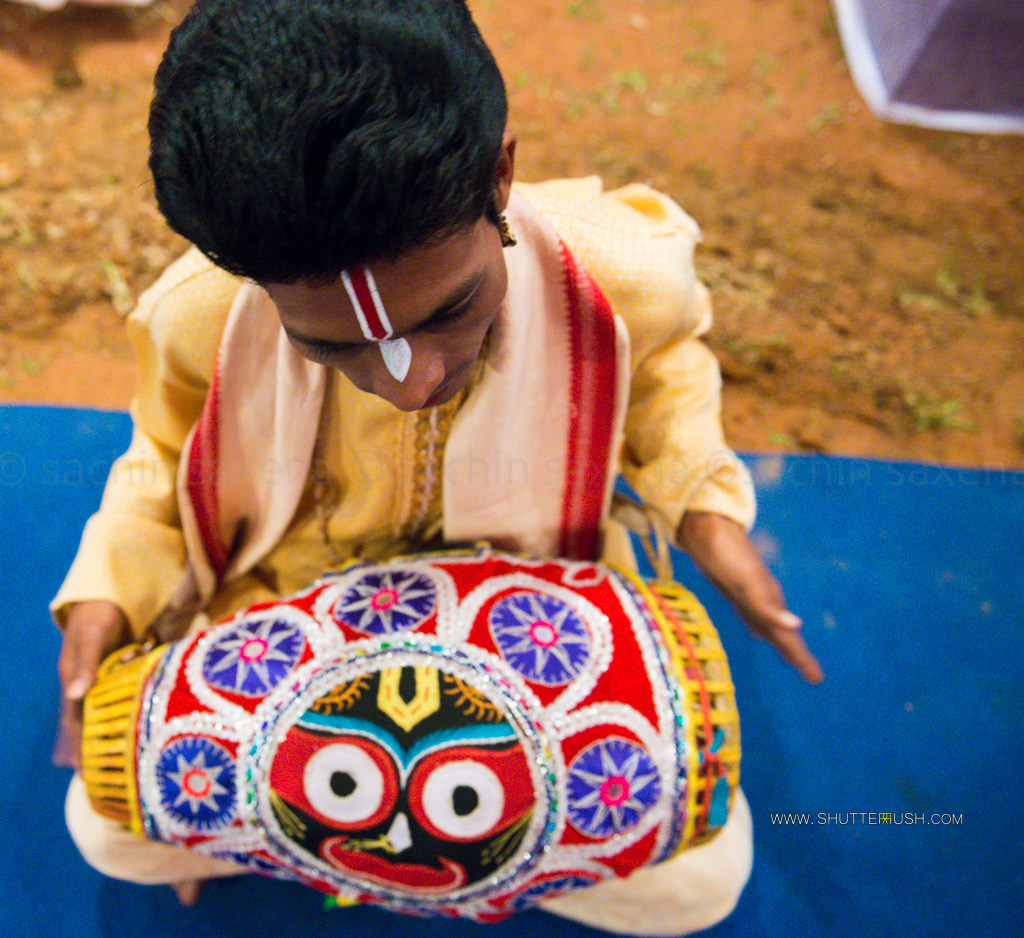 The best was yet to come. Remember, how the usually neglected or simple things in life can bring us the most happiness? Among the organizers, we met extremely humble and a welcoming Mr. Manohar ji, who has been flawlessly organizing tents, lights and seating arrangements in the festival arena over the past 40 years; now of course accompanied by his trained sons forming a part of the team. That small interaction won us the backstage entry and we went ahead to capture the real drama. It was an exhilarating experience to find the performers following such discipline that is hard to witness anywhere else or even imagine. Truly “Nritya aur Sangeet ek sadhna hai ” – Dance and Music is nothing less than devotion and the artists completely immerse themselves into their art, only then do we get transported to a different world when we see or rather experience such performances.

We grabbed our best seats with VIP passes and watched the eminent artists perform solo and with their troupes against the backdrop of the scintillating Khajuraho temples. The natural high and immense pride of rich arts of India was a feeling beyond words. Indian dances are considered to be divine in origin and the entire aura of the festival stood testimony to the belief. Besides the stage design, the excellent sound and light effects, stalwart musicians and vocalists were the backbone of each masterpiece performed. The ornaments, makeup and costumes of the artists were an added tinge to the colorful canvas.

We only had two days i.e. the 24th and 25th of Feb 2014 where the main highlights were Odissi, Kathak and Kuchipudi dance recitals. Each one a marvel in its own, the ones that still remain fresh are the ones that I felt most connected to. A Kathak Group Dance by Marami Medhi, Meghranjani Medhi and Troupe took our breath away with their impeccable grace, synchronization and choreography. The beautiful formations and fluid movements were a delight to watch. The finesse of each performer was par excellence. Anything to say about the Sattriya Duet, the vivacious Dipjyoti and Dipanker, would be an understatement. Sattriya is an Assam originated dance form that is so captivating that I couldn’t even blink my eyes so as not to miss a single movement. Masculine, yet graceful; dynamic and passionate were all that I could think of to express the two human figures that were flowing effortlessly with the sound of music. When I met them backstage I had assumed them as mere supporting dancers. However, their performances with the Marami Medhi’s Troupe and Sattriya performers, made me curl up into my shell of shame. With due respect, I strongly believe that the duo are probably the most accomplished dancers of Sattriya art.

The Kathak Group consisting of the protagonist Ashim Bandhu Bhattacharya and Troupe performed the subtle nuances of ‘Ghunghroo’ in a lyrical form that the most creative eyes would have never seen it before. The dance recital had the vigor of different Kathak gharanas. Being an amateur dancer for the last 30 years and as a student of Kathak for 3 years, I came to a deeper understanding of this art and particularly the Ashim Bandhu Bhattacharya’s performance left a mark on me. The recital that they performed had all the elements and precise techniques of ‘abhinay’, pose, clear foot work for the aficionados to applaud and a novice like me, to comprehend the effective narration.

The last but definitely not the least, the Odissi group by Kasturi Pattanaik and Troupe was perhaps the first live Odissi dance performance I had ever seen. The cold night of the February month made no effect as the eyes were fixed to the colorful figures that stirred fluently on the stage and I sat there glued to my seat. The choreography was creative excellence and the performance was so well practiced; each movement was a delight to watch. Kasturi Pattanaik, a profound dancer graciously brought our visit to an end.

If you are an art lover, a dancer or a traveler, Khajuraho is one experience that you must enrich. And if luck favors you, the Dance Festival is one stop that you should not miss. Our two days at the enchanting place called Khajuraho made me feel the stone idols came alive that night and danced all the way, literally! 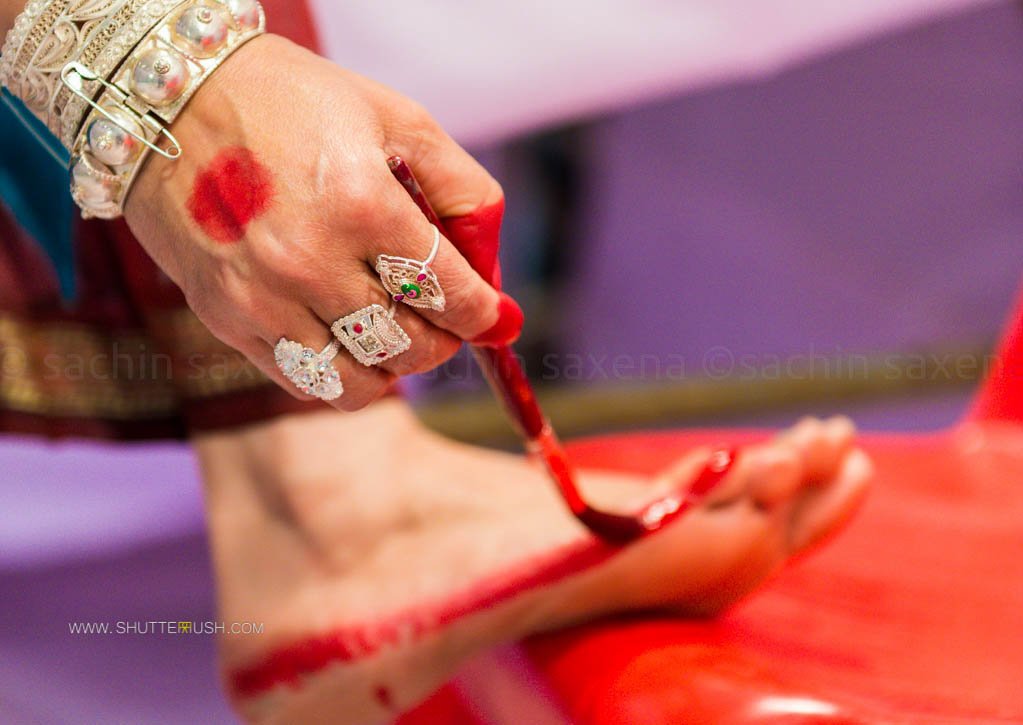 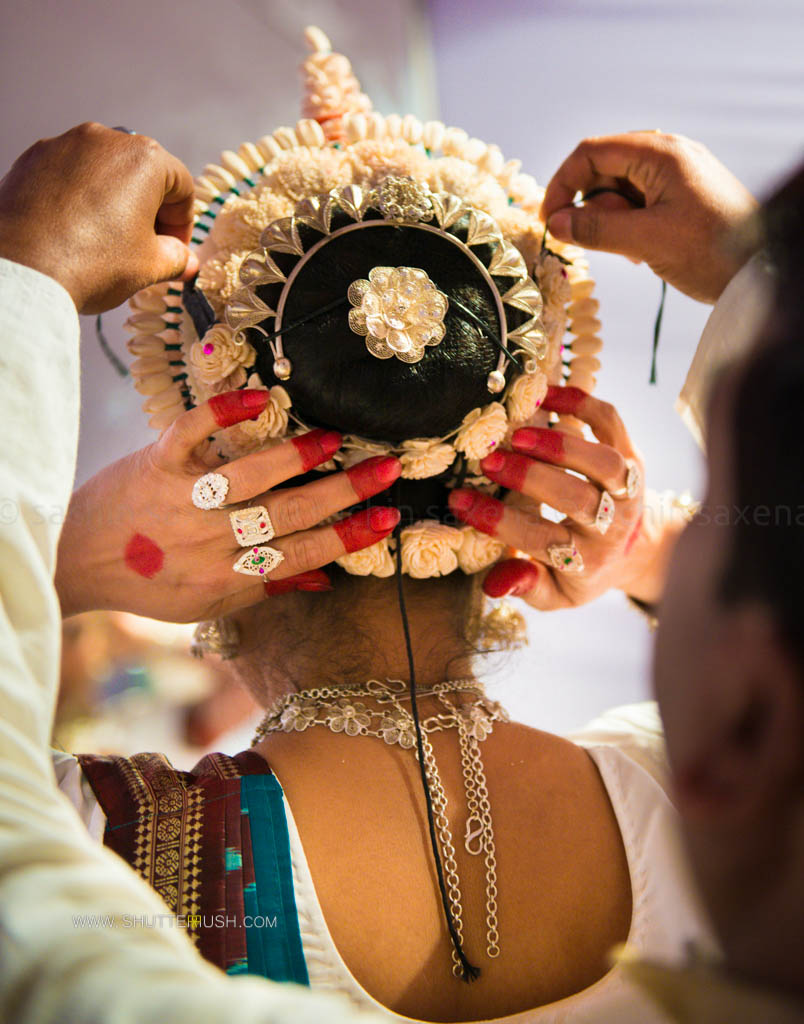 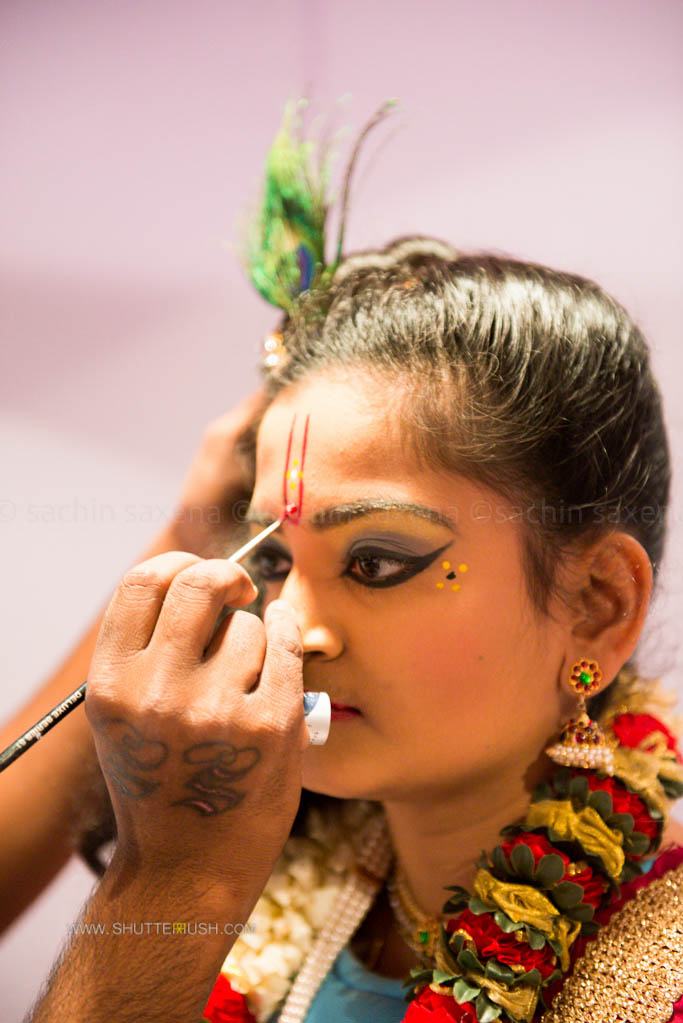 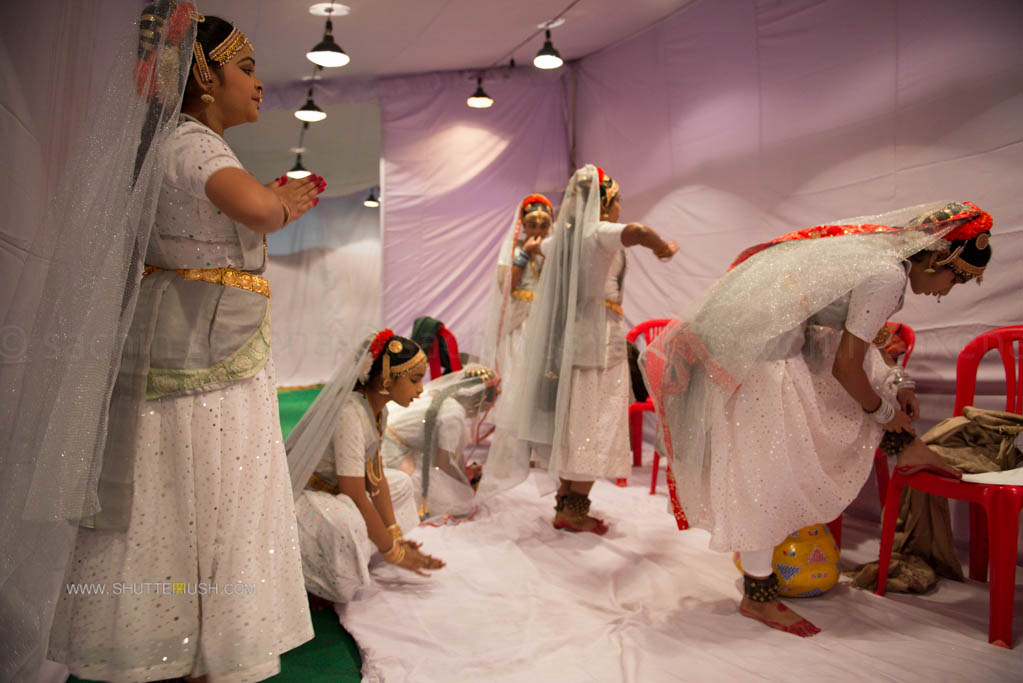 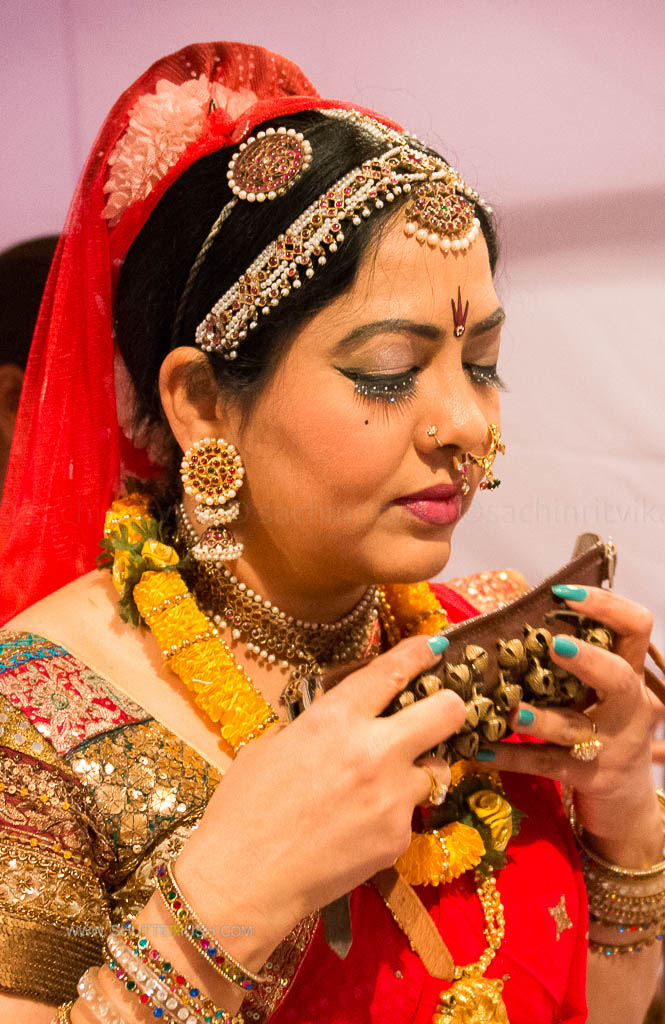 Kuchipudi Dancer worshipping her Ghungroos  before her performance 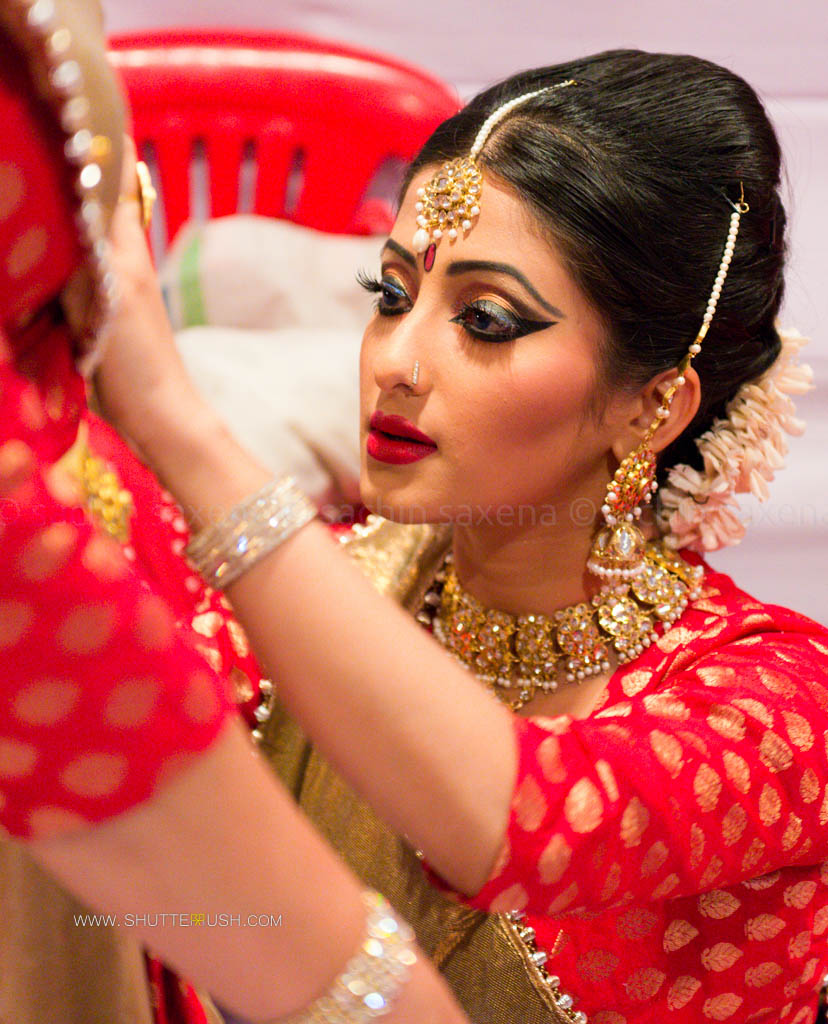 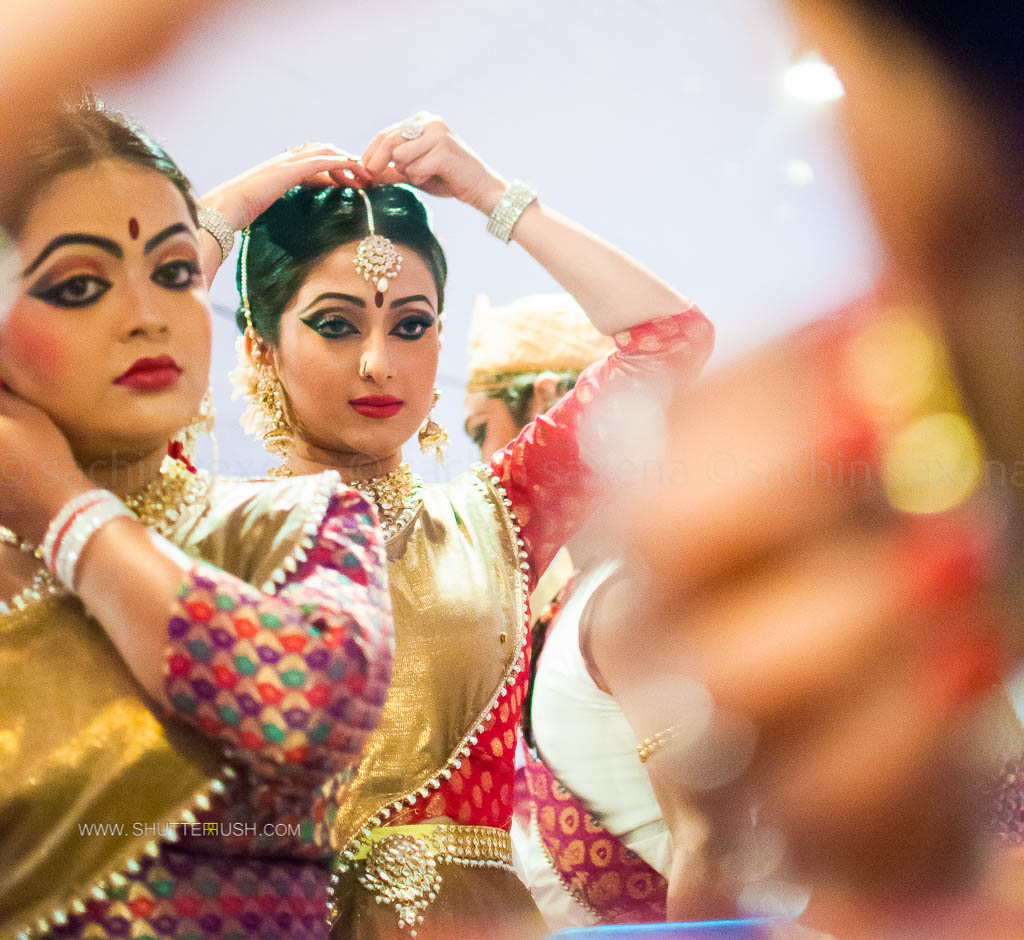 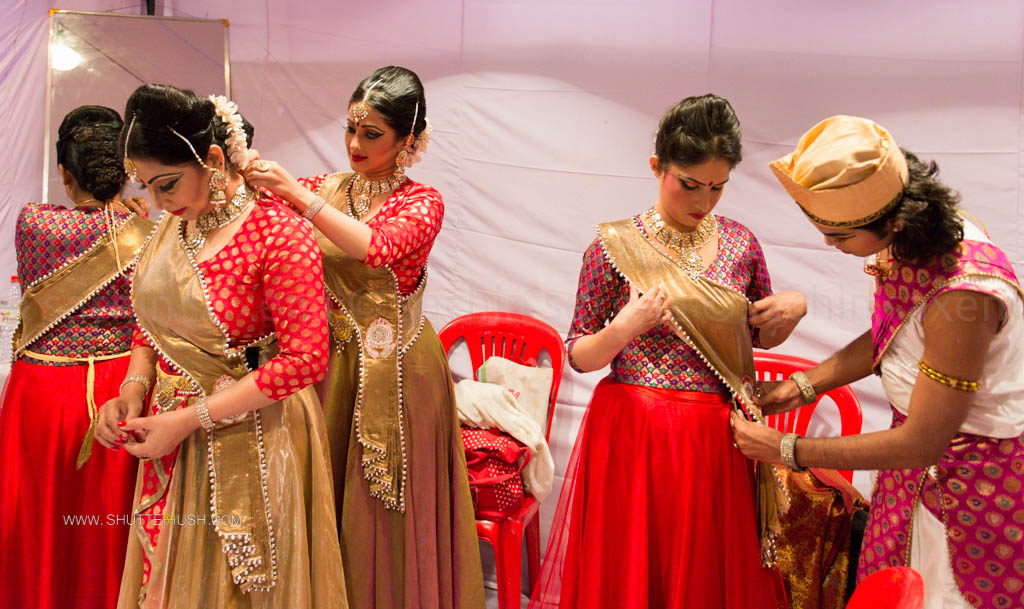 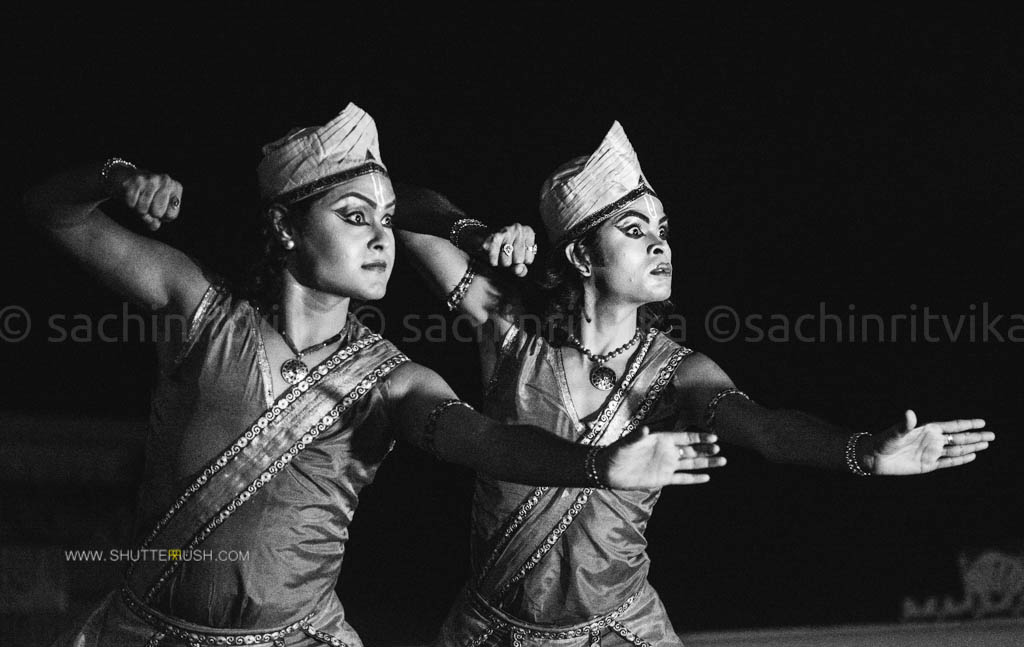 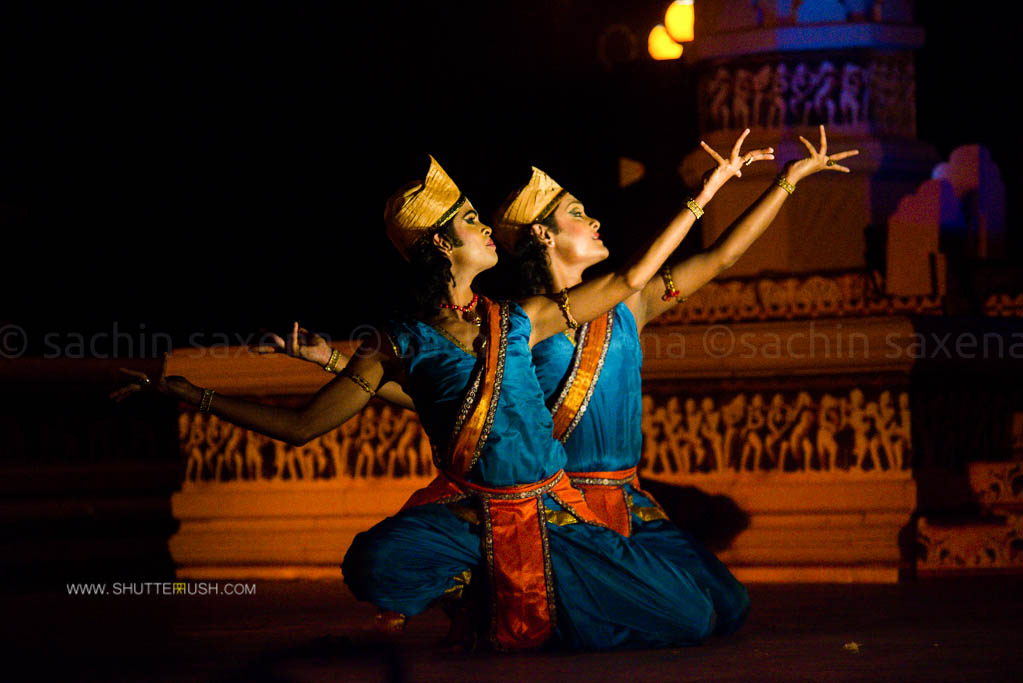 Masculine, yet graceful; dynamic and passionate Sattriya Duet, the vivacious Dipjyoti and Dipanker 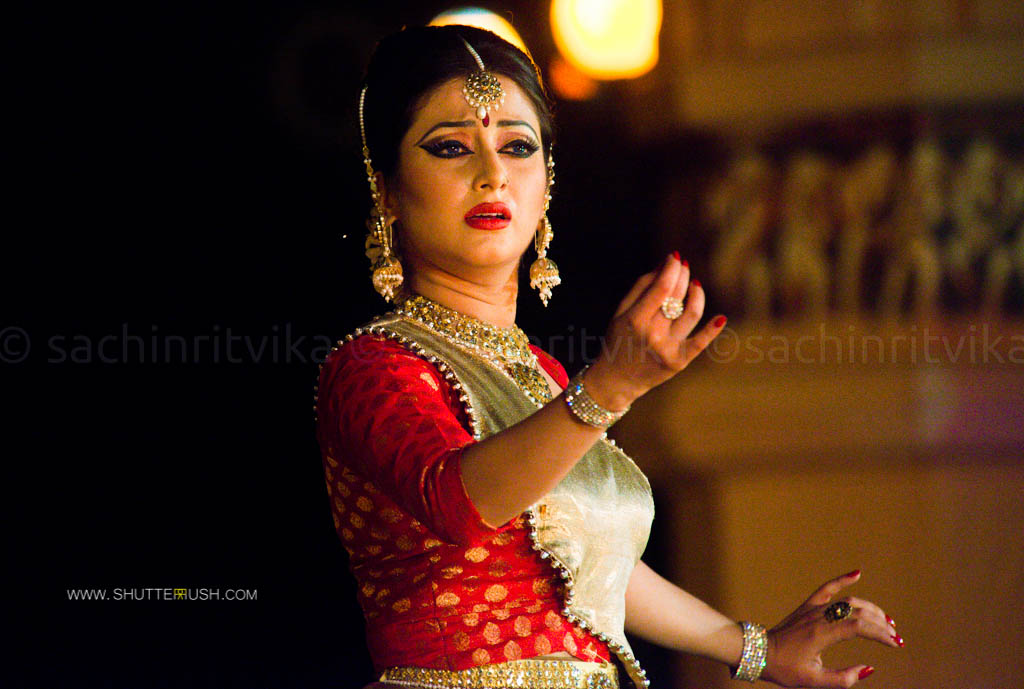 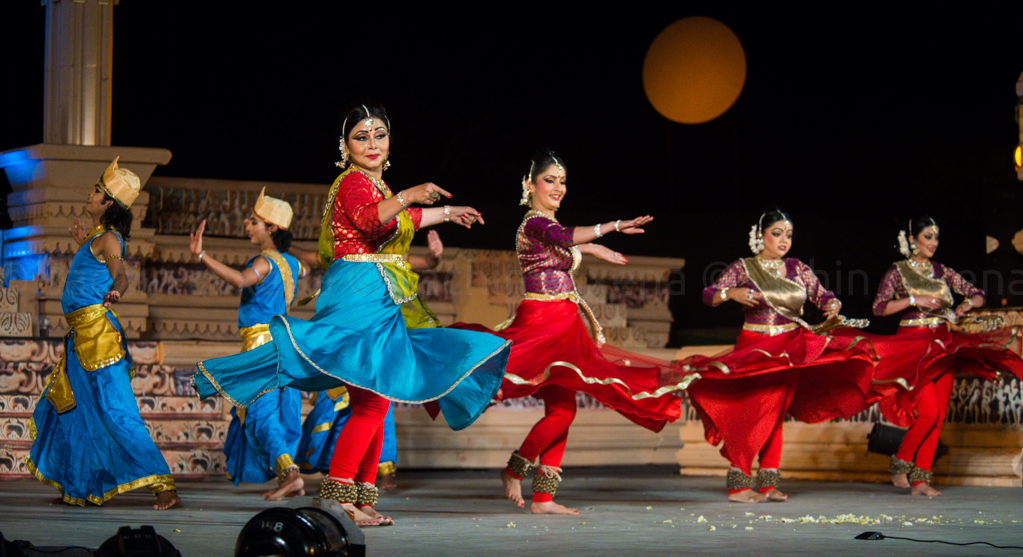 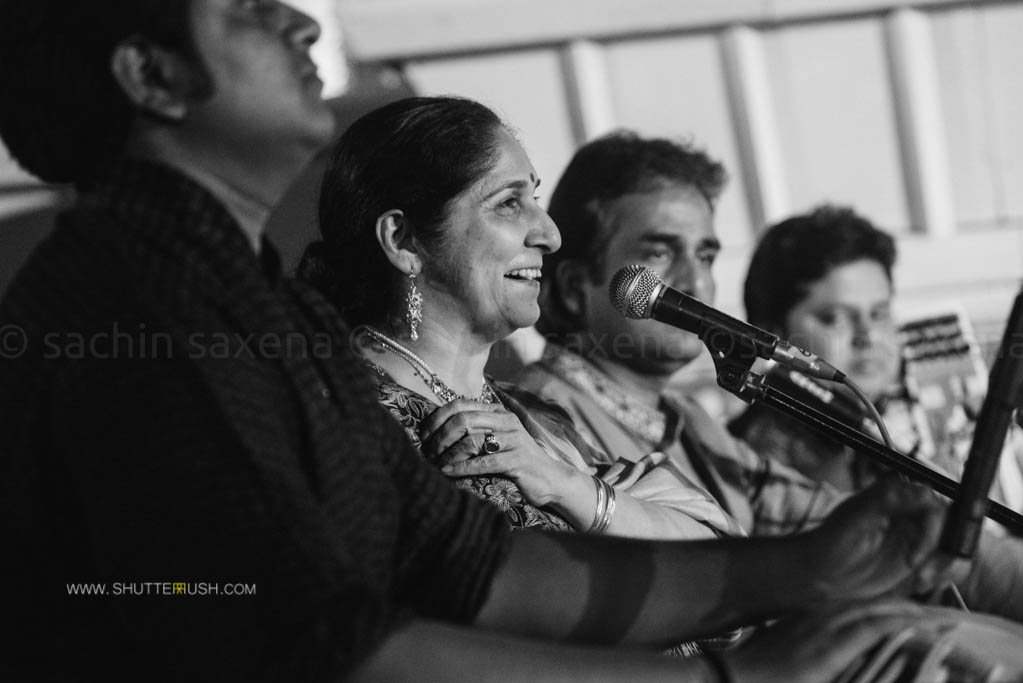 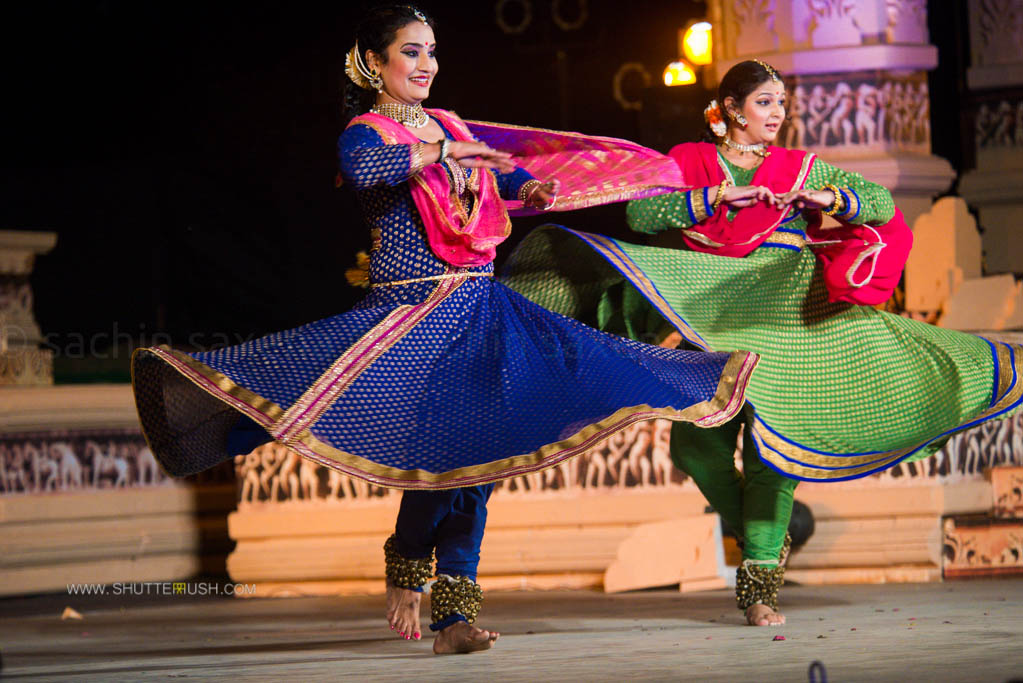 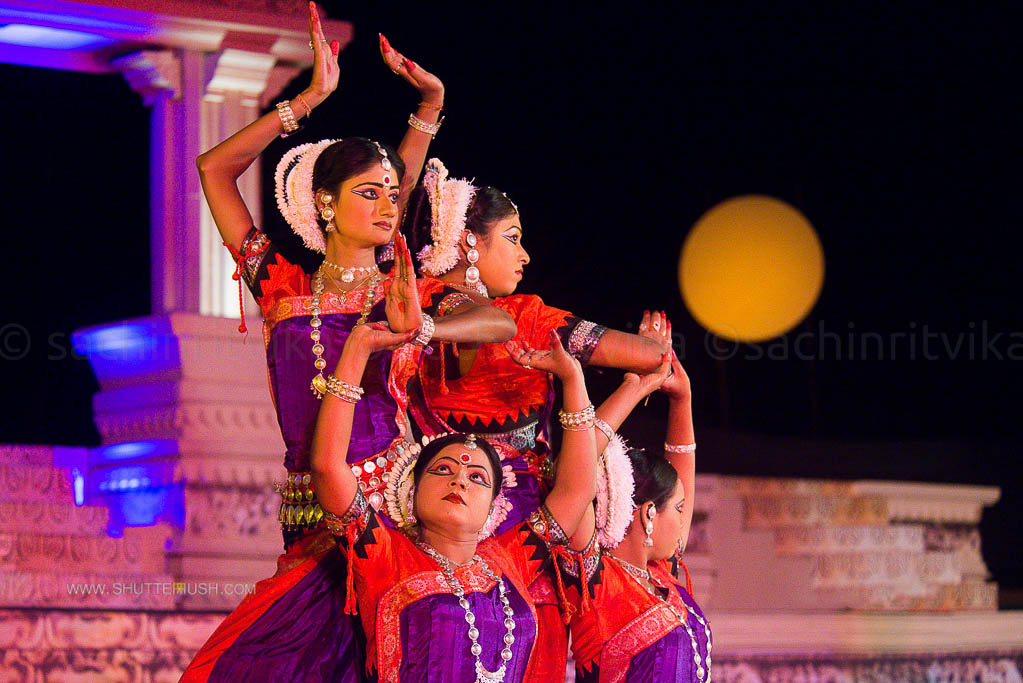 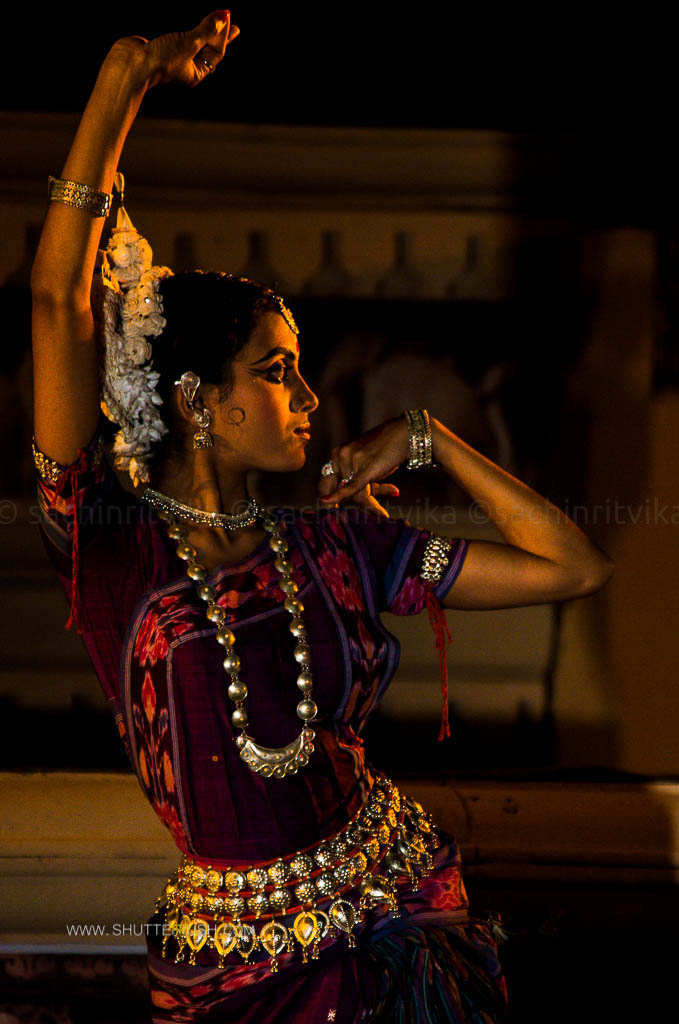 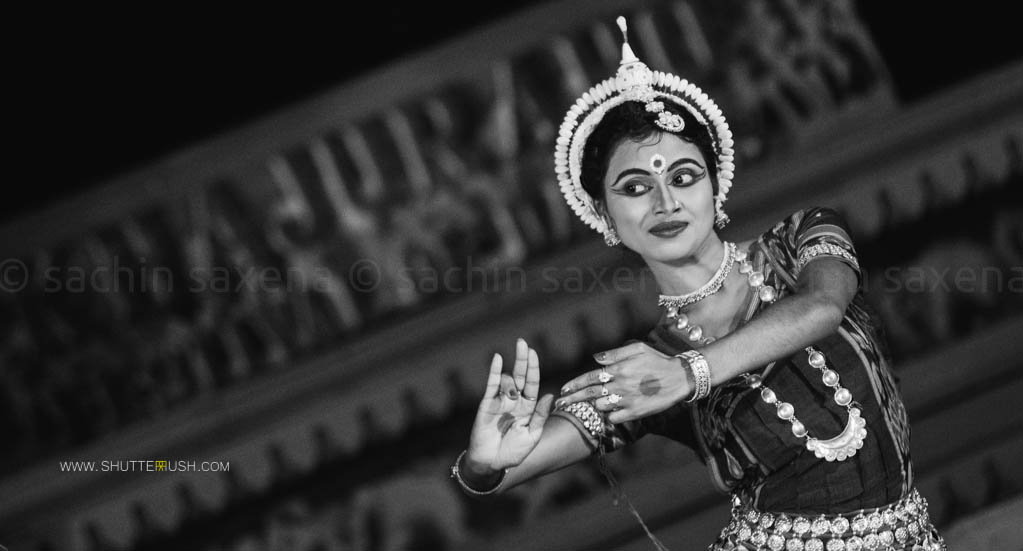 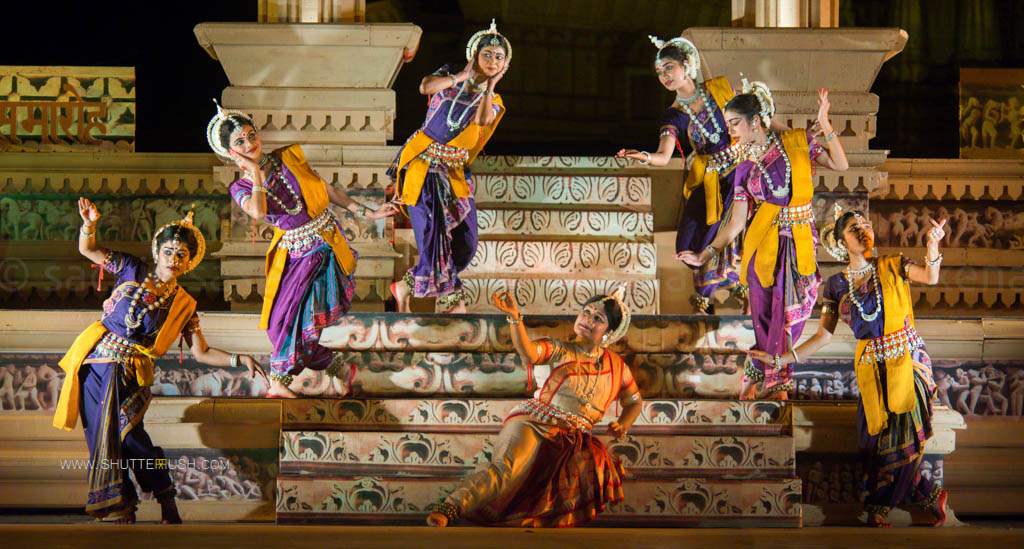 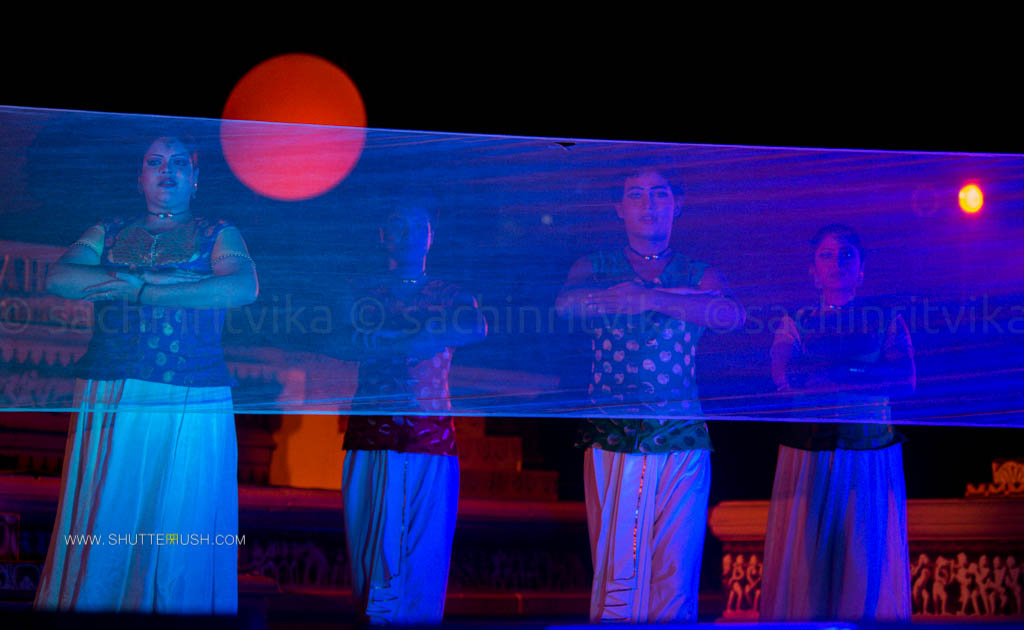 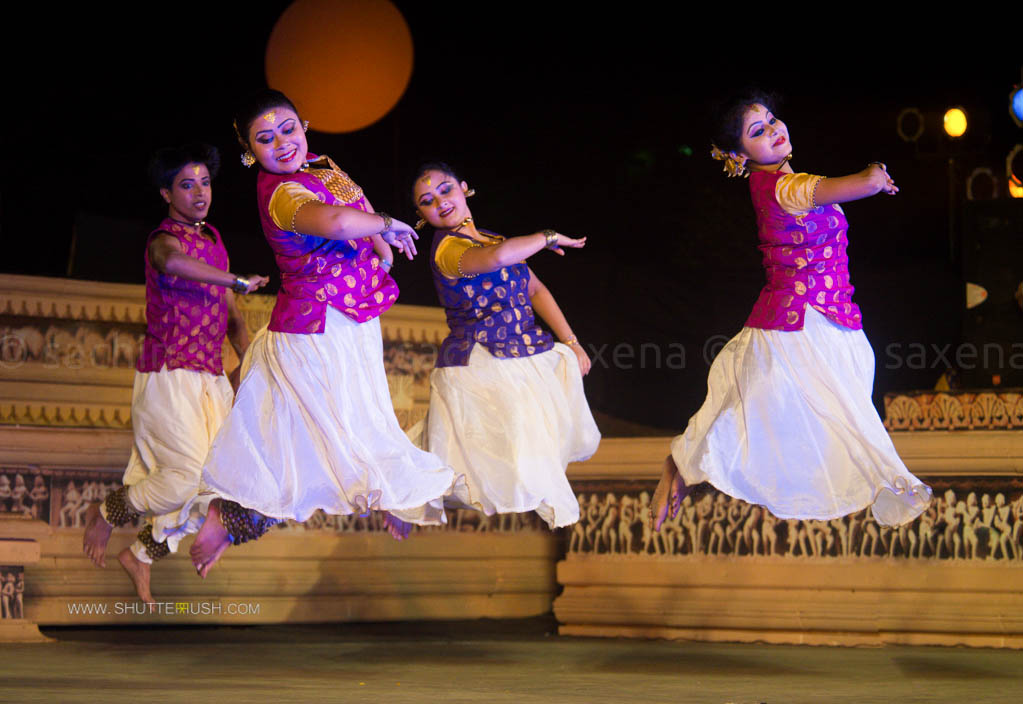 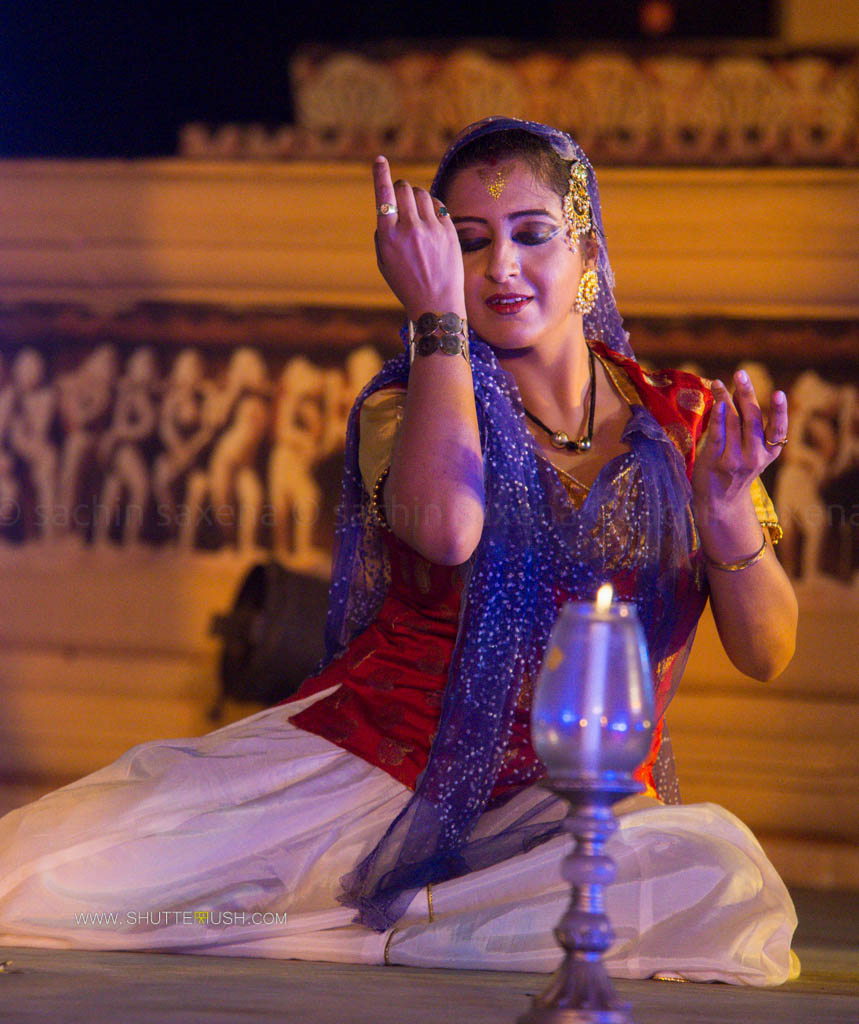 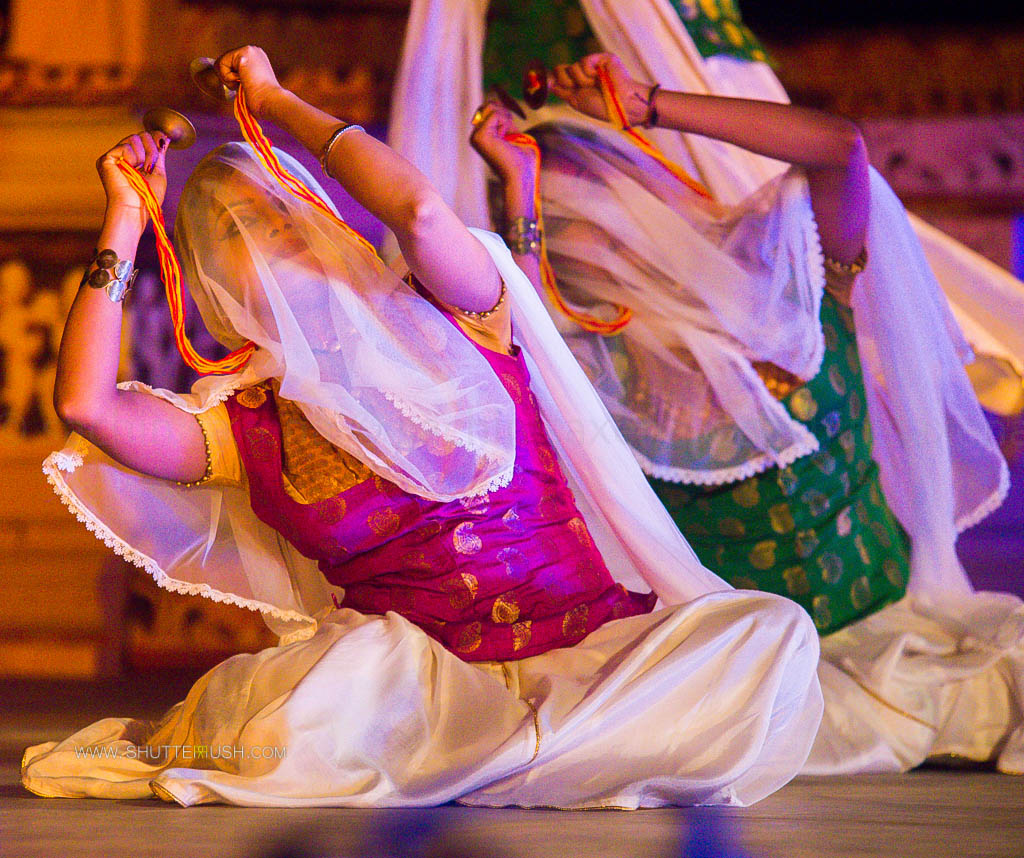 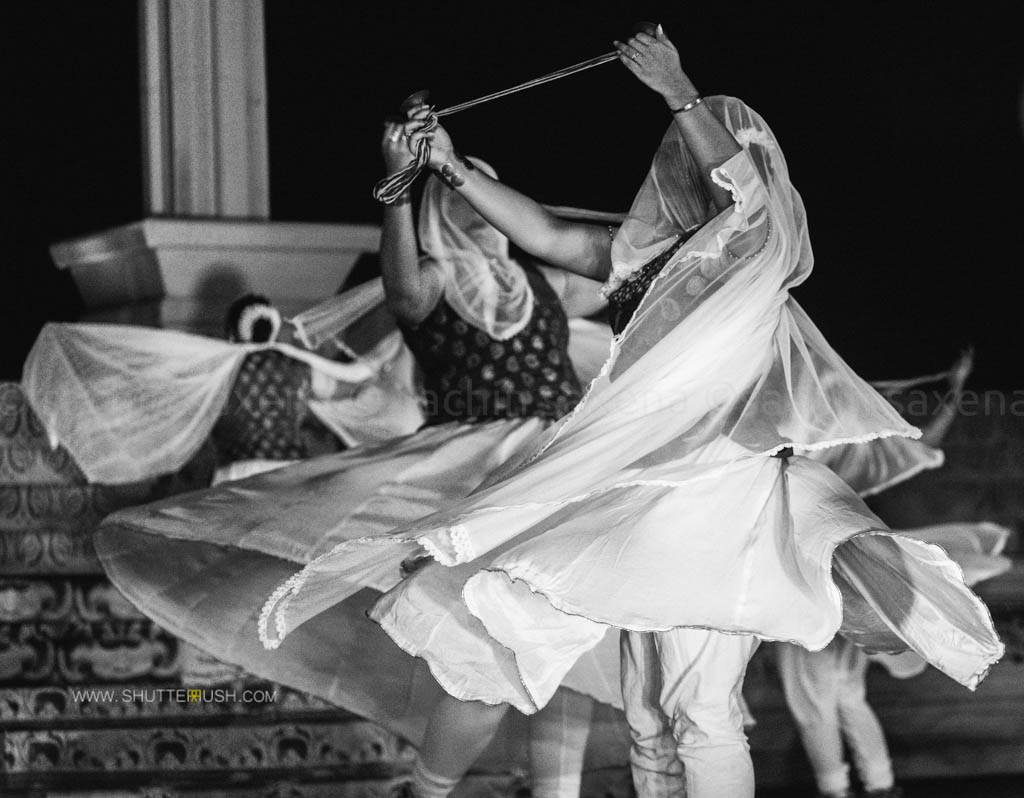 Get an expert academic writing assistance! We can write any paper on any subject within the tightest deadline.

I see your blog is similar to my weblog. Do you allow guest posts?
I can write high quality content for you. Let me know
if you are interested.

All Images and Content © Copyright 2016 Sachin Saxena. All Rights Reserved.